The Kino Club have been working with DeStijl, a French indie rock band whilst here in the UK recording there brand new album to be released very soon. Recorded at Calder Recordings (www.calder-recordings.co.uk) and engineered/ produced by Yves Altana (www.alchemized.co.uk). The Kino Club had been busy working on a remix for the band which features Peter Hook on bass and vocals from Julie E Gordon. Out Now!! 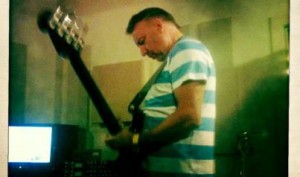